To date, the risk factors that make the predisposition to the disease "explode" into a real disease are not fully known. First of all, it is necessary to try to avoid the use of substances that inhibit normal neuronal functioning: therefore, avoid the intake of alcohol, hashish, marijuana but above all COCAINE: it is in fact demonstrated that a single dose of cocaine damages the functioning of the brain glutamate for at least 6 months. ABSOLUTELY AVOID! Under the difference found by a P.E.T. (positron emission tomography): 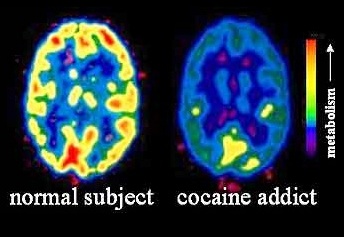 Only in the last 10 years have few risk factors been identified for positive but asymptomatic subjects.

CALCIUM: The toxic mechanism of prions has been discovered for the first time, anomalous versions of the cellular prion protein, still rather mysterious for scientists all over the world: to describe it in the pages of Neuron is Roberto Chiesa, researcher at the Mario Negri Institute of Pharmacological Research in Milan and the Telethon Dulbecco Institute, Telethon's career program.
This work by Roberto Chiesa is dedicated to the recently deceased Nobel laureate Renato Dulbecco, who also made use of the collaboration of the University of Milan and the University College of London. "We have studied - he explains Roberto Chiesa - what happens in the cerebellum, the area of the brain that controls movement, before neuronal degeneration begins. We have seen that in correspondence with the first motor deficits there is an alteration in the release of a particular chemical messenger in the brain, the neurotransmitter glutamate. This is because, by accumulating inside the neuron, the altered prion protein hinders the transport on the cell surface of another protein, a voltage-gated calcium channel, involved in regulating the release of neurotransmitters.

This "traffic" problem is a completely new pathological mechanism that could be at the basis of neuronal dysfunction also in other neurodegenerative diseases in which an accumulation of altered proteins is observed within the cell. Furthermore, it is an early and probably reversible event and therefore potentially interesting from a therapeutic point of view. Restoring the correct transport of calcium channels could therefore prove to be the key to avoiding the degeneration of neurons, but of course there is still a lot to understand and to discover about the mechanisms by which this occurs ». To do this, Chiesa and his group used a mouse model of Creutzfeldt-Jakob disease of genetic origin (what in the infectious variant is commonly defined "mad cow disease"), which faithfully reproduces the course of the disease: apparently healthy at birth, over time develops problems in the coordination of movements and balance, subsequently a neurological deficit.

HIGH VALUES OF CHOLESTEROL: According to some scientist of the University of Montpellier, in France, at the time when the blood-mediated transmission of prions was demonstrated, in vitro studies indicated a high binding affinity of the scrapie prion protein (PrPSc) with apoB-containing lipoproteins, i.e., the main carriers of cholesterol in human blood.
The aim of the present study was to explore the relationship between circulating cholesterol-containing lipoproteins and the pathogenicity of prions in vivo. We showed that, in mice with a genetically engineered deficiency for the plasma lipid transporter, phospholipid transfer protein (PLTP), abnormally low circulating cholesterol concentrations were associated with a significant prolongation of survival time after intraperitoneal inoculation of the 22L prion strain. Moreover, when circulating cholesterol levels rose after feeding PLTP-deficient mice a lipid-enriched diet, a significant reduction in survival time of mice together with a marked increase in the accumulation rate of PrPSc deposits in their brain were observed.
Our results suggest that the circulating cholesterol level is a determinant of prion propagation in vivo and that cholesterol-lowering strategies might be a successful therapeutic approach for patients suffering from prion diseases. Given this discovery, it would be necessary to do a complete blood count every 6 months for the evaluation of HDL, LDL, total cholesterol and triglycerides.

MANAGING GOOD, BAD AND TRIGLYCERIDES CHOLESTEROL.
HDL, commonly known as good cholesterol, are High-Density Lipoproteins.
Contrary to what many thinks, HDL as well as other lipoproteins are not made up of "pure cholesterol"; in fact, they also contain various specific proteins necessary for their function, ie the transport of some fats in the blood.
There are various types of lipoproteins and they all have a specific metabolic role; none of them can be considered useless or evil, even if alterations of their structure, of their quantity and of their percentage on the total lipoproteins can cause a disease condition and facilitate the onset of other very serious pathologies.

By transporting cholesterol from the periphery to the liver and reducing its deposit in the arteries (a predisposing factor for atherosclerosis), HDLs are considered beneficial and therefore are defined as "good cholesterol". In practice, they act as a "scavenger" of cholesterol.

LDL, on the other hand, by channeling cholesterol towards the peripheries and, if in excess, promoting its deposit in the arteries (thus raising the risk of atherosclerosis) are potentially harmful and for this reason they are defined as "bad cholesterol".

Low HDL and high HDL
Low HDLs are not part of the good lipemia picture. If associated with normal cholesterol, it is necessary that they determine an equally regular HDL / LDL ratio; conversely, it would increase the health risk. Low HDL and high LDL, especially when combined with other risk factors, can greatly increase the risk of atherosclerosis.
We therefore summarize what are the typical values:
HDL cholesterol: > 40 mg /dl (in men, preferably > 55 mg /dl, in women preferably > 65 mg /dl).
Often the values of triglycerides are also evaluated, the standard values of which are:
Triglyceridemic: between 50 and 170 mg /dl.

If the HDL cholesterol and triglyceride values exceed, since the cause is exogenous, you can regulate everything with a good diet (limit elements such as milk derivatives, especially butter, milk cream and aged cheeses (fontina, Parmesan); fatty meats and sausages (Lamb, Salami) and some offal (bovine liver)). You can also help with the daily intake of supplements such as OMEGA 3 (cod oil) which plays its part in lowering high triglycerides. 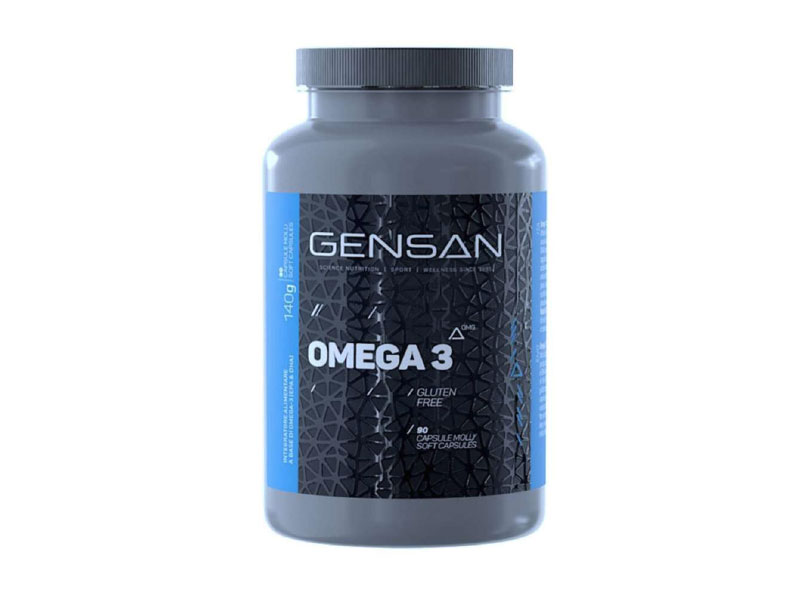 With regard to "BAD-LDL CHOLESTEROL", however, if the values are altered, it is not possible to reduce LDL with the diet, as it is endogenous, ie produced by the individual himself.

Ideal values for LDL cholesterol
Scientific standards suggest that LDL cholesterol between 70 mg /dl and 130 mg / dl are optimal values for people with medium cardiovascular risk. For values between 160 mg / dl and 250 mg / dl the person is exposed to a high-risk factor: he must immediately contact his doctor. Possible therapy: statins.
Statins, or HMG-CoA reductase inhibitors, are drugs that inhibit the synthesis of endogenous cholesterol by acting on the hydroxymethylglutaryl-CoA reductase enzyme, which converts the 3- hydroxy-3-methylglutaryl-CoA molecule into mevalonic acid, a precursor cholesterol.

They are present in all pharmacies in the world although with different names. The important thing is to stick to the dosage prescribed by your doctor.

Below, by way of example we show at random (it is NOT our intention to do any advertising) a box of statin used in the U.S: 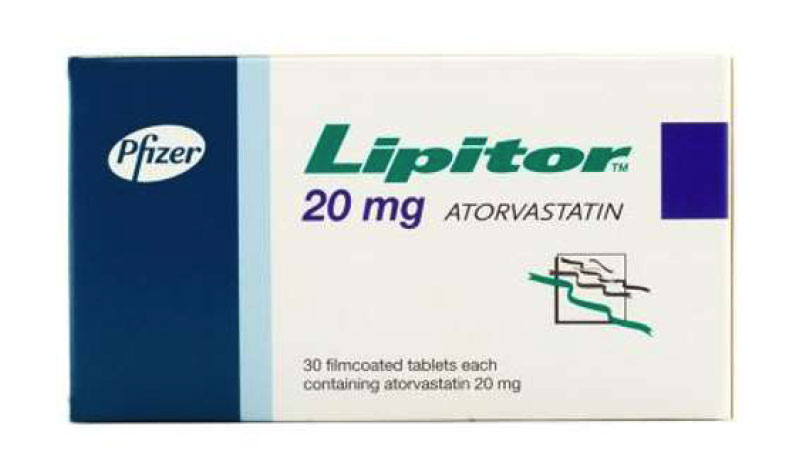 PERIODIC DIAGNOSTICS
This is a very sensitive issue. Most MRI equipment operates with a power of 1.5 tesla. The 3 tesla MRI operates at double the normal power and it is mainly for this reason that it is able to provide very high-quality images of internal organs.

BRAIN TOMOSCINTIGRAPHY WITH DATSCAN
(DaT scan or Dopamine Transporter Scan) commonly refers to a diagnostic method to investigate if there is a loss of dopaminergic neurons in striatum. The term may also refer to a brand name of Ioflupane (123I) which is used for the study. Brain scintigraphy with DATSCAN is a non-invasive examination that allows to study some neurological pathologies associated with movement disorders, such as Parkinson's disease, ataxic syndrome and other movement disorders in general through the evaluation of specific brain regions called "nuclei of the base ".

Why is it done:
In particular conditions, the nuclei of the base are damaged causing, therefore, some disturbances of the movements. The most common of these disorders is tremor, but also the presence of slowness in movements and difficulty in their execution. Brain scintigraphy with DATSCAN allows us to understand if these symptoms are caused by damage to the nuclei of the base or by another type of problem. In this way, the neurologist can direct the cause of the disorder and, therefore, identify the best therapy.

How the exam is performed:
Scintigraphy is performed in the Nuclear Medicine ward. It is necessary to show up for acceptance and deliver the referral completed by the Doctor. The reception staff will provide the first indications and will also tell you how and when it will be possible to collect the exam result. The Patient will be called by the Nuclear Doctor who will explain in detail the methods of the examination and will have him sign the informed consent form. Once the interview is over, the nuclear doctor will inject the radiopharmaceutical into your vein.
The patient will have to wait in a waiting room (the so-called warm waiting room) for about 3-4 hours (time necessary for the radiopharmaceutical to settle optimally in the nuclei of the base) after which he will be laid down on the Gamma bed. - Room for about 30 minutes. During this time the machine will rotate around the patient's head to perform what is commonly called cerebral SPECT. The total exam time is therefore approximately 4-5 hours. At the end of the exam, the patient will have to leave the ward through a door other than the one from which he entered.

In Milan it is possible to do this at the POLICLINICO DI MILANO at the NUCLEAR MEDICINE department.

In Rome, on the other hand, it is possible to do so at the POLICLINICO GEMELLI at the NUCLEAR MEDICINE department.

© 2022 A.I.G.S.S.
Italian Association against the disease of GERSTMANN STRAUSSLER SCHEINKER